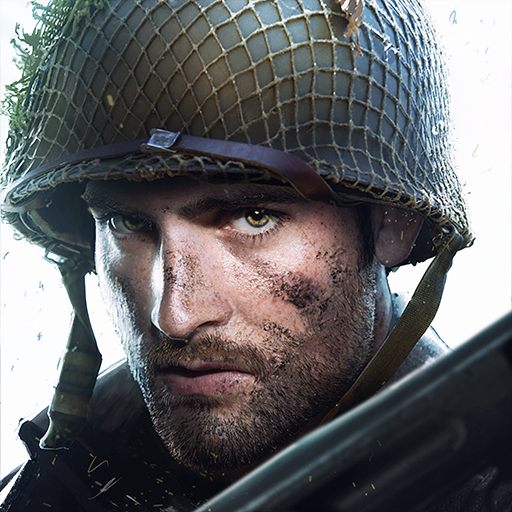 DOMINATE THE SKY, WIN THE WAR!

Battle on the ground and in the air in iconic locations around Europe to emerge victorious in this classic real-time strategy game. With an army of advanced aerial units at your fingertips, a new dimension of warfare has opened up to Commanders with intense air to ground combat and devastating precision airstrikes.

Build your forces, and unleash their fury on your foes.

1. THE ALMIGHTY AIRFORCE
● Take to the skies with 42 new air units, including heavy bombers and agile fighters, bringing additional firepower to conquer the battlefield.
● Aerial aces Jean Dufort and Doris Morgenstern join the fight, recruit them to lead your forces into battle.
● Lift your strategies to new heights, as aerial combat adds an extra dimension to support your brilliant tactics..

2. URBAN CONSTRUCTION
● New construction options and more editable buildings!
● You can build your own military base with ultra-high degree of freedom.

3. HORIZONTAL SCREEN MODE
● Adjust the interface display mode of the game according to your preferences, horizontal or vertical screen are both available in this version.

REAL-TIME STRATEGY
Plan out your attack and in engage in epic Real-time battles on iconic maps.
● Use skill and strategy to battle to the top.
● Target your enemies and expand your territory with calculated maneuvers.
● Reign supreme on the battlefield to gain strength and mount more forces against hostile targets.

DEEPLY CUSTOMIZABLE MILITARY UNITS
Max out your loadout!
● Lock and load with the biggest and baddest guns, tanks and aircraft; and establish an army ready to wage war on the global battlefield.
● Customize your units by assembling, disassembling, modifying and upgrading.
● Then test your loadout in the thrill of real war as you shoot down your enemies.

EPIC STORYLINE Authentic campaigns brought to life!
● Command your units through rugged terrain and urban landscapes to track down and defeat your enemies.
● Along your Warpath you’ll meet allies who make the missions more dynamic as you complete objectives and move on to more challenging stages.

STUNNING MOBILE EXPERIENCE Top quality HD gaming on your phone, with thrilling graphics and sound.
● Experience the thrill of commanding war, in the palm of your hand.
● Zoom freely and teleport to different cities around the world with your allies.
● Each chapter takes a different direction, coupled with a hard-hitting plot and cinematic gameplay. Explore the terrain by plane and use this to your advantage. 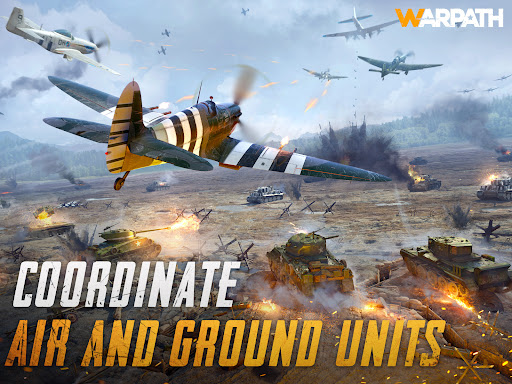 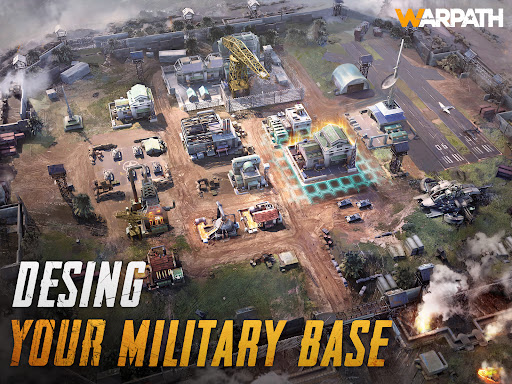 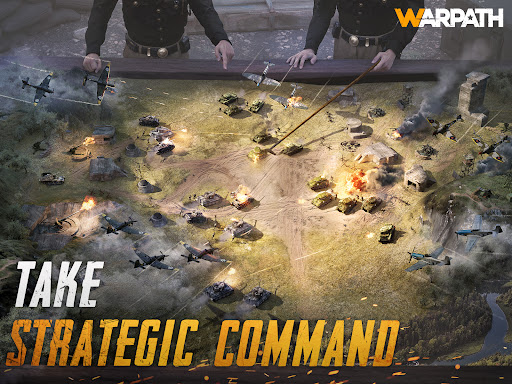 You are now ready to download Warpath for free. Here are some notes: